People assume I was an athlete growing up because I am a trainer now.  Nothing could be farther from the truth.

I did not work out, did not eat “healthy” or even thought about either of those things growing up.

I was a musician – that was my talent and that was my focus.  In college I was a music education major and the only working out I did was walking from one class to another.  I got my first teaching job in Culpepper, VA and while there dabbled in “aerobics classes” – and I am talking Aerobics from the early 80’s – you can probably get the visual….

After getting married, I put on a lot of weight.  I was totally ashamed.  I hated to shop for clothes – especially buying jeans – nothing ever fit right.  you know,….ok in the waist and super tight in the hips.  It was one frustration after another.  I bought clothes as large as I could get away with because I felt horrible about how I looked

I ended up going to Jenny Craig (which was pretty new back then) and actually lost almost 50 pounds.  But over time, I ultimately gained a good deal of it back.

Soon thereafter I joined a gym and just took some classes.  They were a lot of fun and there was a social component, so that kept me going back.  I was watching one of the trainers work with people and thought “I want to work with him” and I did.   David was my very first strength trainer.  I loved it. I loved how it made me feel, and more importantly how it was making me look.  The change had begun.

We moved to a different area and I joined another gym.   I started with a different trainer, and he pushed me even more and worked on the nutrition piece which was the game changer for me.  I began loving working out and getting strong.  I could see the results and others could as well.

I loved it so much I decided to get certified as a trainer myself.  I thoroughly enjoyed the process and started  training people only part time as I was a school counselor full time.  Things were going well….

Then I entered my fifties….life started to take some not-so-great turns (as it always can).  I watched as my Dad’s health declined – a gradual decline at first then it picked up speed like he was in the Daytona 500.  Caring for two elderly parents is no easy task on a good day, but that was what was in front of me.  That was in addition to being a full time school counselor, a part time trainer, and the chief operating officer of my high school son’s crazy band schedule which included being the race director of a large 5K/10K road race to benefit the band.

I still tried to workout, but honestly, my focus was on everyone else – my parents, my son,  my husband, my students, and my clients – not myself.  Stress was at a record high, I was not eating as well as I should have been, and I definitely was not sleeping as well as I should have been.    My Dad passed away, and I was at an all-time low.   Didn’t realize it at the time, but I didn’t really care about much of anything except my family, and trying to keep my mom going who was by herself for the first time in her life.   But I kept telling myself, this is how it is, nothing I can do….

Even so, I thought I was working out enough,  I thought  I was eating “healthy”, and I ultimately thought it was all a losing battle.

Boy was I wrong.

And all the while this was going on, my body started to change again – and not for the better.   I had gained weight, especially in that dreaded mid-section and hip area that most women around my age complain of.  I convinced myself that there was nothing I could do about it – it was “that time of your life” where Mother Nature rages WWIII on your body.  I was just going to have to accept it and move on…  Once again I was wrong. 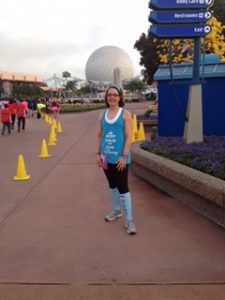 I joined a new gym closer to my house thinking this was the answer.  A new gym = a new me, but I still wasn’t very motivated.  I was given several free PT sessions as a new member, and thought, “whatever… I am already a trainer – don’t need them”, but they talked me into it.   I was matched up with a trainer named Ryan, and that’s when things started to turn around.

Ryan and I clicked.  ….  He took me over to the squat rack and there it all began.  After a few months, the fire was lit again, and I started working super hard but most importantly, I started caring again.   I was motivated and it felt great.   When I wasn’t training with him, I was in the gym myself putting in the work myself.   Over the course of several months, I dropped 25 pounds.

Fast Forward 18 months,  I have retired from the school system, I am growing my online training business,  and I have a training business set up with Ryan at my former school.   I look back at that  tough time and realized just how far in the hole I was.  You never really know how deep in the hole you are until you are out of it looking back in.

I wanted to take another step in my fitness journey, so I contacted Jordan Syatt who I had been following, and who was recommended to me by a friend/colleague.  Jordan decided to take me on as one of his one on one online training clients, and off we went.  I was terrified.  I had never done anything quite like this before, and like everything else, wanted to make sure I did it well.  I had a TON of questions for Jordan at every turn at the beginning, and he patiently answered all of them.  I kept plugging away and worked my ass off.  I have been training with Jordan now for almost 6 months.  The changes are nothing short of miraculous.

I have gotten so much stronger and have finally conquered being able to do chin ups which is something that has alluded me for years.  But the most amazing change has been my mindset.  My mindset about everything – training myself, training other people, and most importantly how I feel about myself.

So much of training revolves around a person’s mindset, and mine has totally changed.    Not only am I stronger, but I am more confident,   I am smarter, and  I am in the best place I think I have ever been in my life.

The moral of my story is that it is never too late to achieve your fitness goals – or any goal for that matter.  I am now 56 years old. 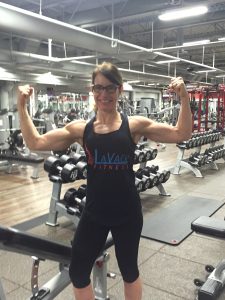 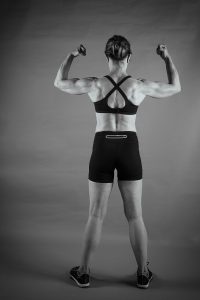